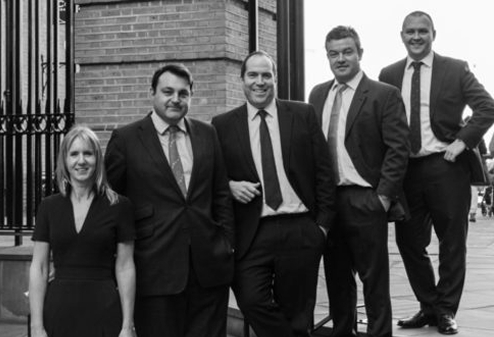 A heavyweight quintet of former CBRE and JLL senior investment agents have joined forces to launch a niche firm.

Ex-JLL investment guru Mark Wilson has teamed up with ex-CBRE duo James Leach and Ed Gamble to set up ACRE Capital Real Estate. They are also joined by Simon Verrall, formerly a national director in Wilson s capital markets team at JLL, and Holly Richardson, who was a director in CBRE s capital markets division.

The firm officially launched today, ending months of speculation on the future of the high-profile agents who all resigned from their posts at the back end of last year. It will specialise in office, industrial, development and portfolio investment and will focus on the Greater London, South East and UK regions.

There is a massive gap in the market for more advice, Wilson, who quit JLL in August after 17 years with the firm, said. With all the merger and acquisition activity that has taken place there is not that much choice for clients.

Our launch will crucially provide investors with greater advisory choice and reassurance that instructions are handled by senior market specialists in an ever changing market landscape.

Collectively the quintet has advised on over 650 real estate transactions with a combined value in excess of 14bn.

Wilson and Verrall have worked on some of the most high-profile transactions in the South East office market including the 167m sale of Bedfont Lakes, near Heathrow, for Aberdeen Asset Management in 2015.

Gamble is considered one the West Midlands top investment agents having acted on some of the biggest deals in Birmingham including the sales of One Snowhill and the Mailbox during a 17 year association with the city.

Leach specialises in the portfolio investment market and joined CBRE from Cushman & Wakefield in 2011, while Richardson joined CBRE in 2008.

There is never a right or wrong time within the market cycle but getting the right people together at the right time was key for us, Wilson added.

We have all been friends for many years whilst also having the utmost respect for each other at the rival firms of JLL and CBRE. We were fortunate that we were at a stage in our careers to take on a new challenge.

ACRE Capital Real Estate, which will be based in offices on Heddon Street in London s West End, was launched today by Wilson, Verrall and Richardson with Gamble and Leach joining on or before 3 April upon the expiry of their gardening leave restrictions.